I was pleasantly surprised to see that the latest Guidelines for Psychological Practice with Transgender and Gender Nonconforming People (August 2015) from the American Psychological Association begins with an acknowledgement that “gender is a non-binary construct that allows for a range of gender identities and that a person’s gender identity may not align with the sex assigned at birth.”    That is the first guideline, on page 4.

As a person who does not identify as a man or a woman, I have struggled to find pathways of care that will work for me. I am comfortable calling myself a transgender person, or a non-binary gendered person, or a gender non-conforming person.

But despite my own comfort with these words/concepts and ways of being, I have found it difficult to get the health care that I need. I think this is because other people are not as comfortable as I am. On a conscious or unconscious level, they often have an investment in maintaining the idea that there are only men and women in the world and everybody’s assigned sex should correlate easily to their gender identity.

Under white supremacist capitalist heteropatriarchy (such is the dominant paradigm of NZ where I live), it is difficult for people to absorb the fact that I do not want to be a man or a woman. Further, I do not want to be a cisgender person at all. (Cisgender = person whose assigned sex matches their gender identity.) I like being a transgender person. I like looking like myself. I like myself, as I am.

The white western medical institution has to some extent accepted the inconvenient truth that some people’s sexes and genders do not match. It has tried really really hard to reinforce the idea that there are only two sexes and there are only two genders and therefore only a certain number of combinations are possible. It has also tried really really hard to get trans and gender nonconforming people to invest in white supremacist capitalist heteropatriarchy. Some of us have been convinced. Others resist.

The medical system perpetuates the challenges (and encourages that investment) by rewarding the people whose goals include looking like and acting like (white middle-class heterosexual) cisgender people. These rewards include sporadic medical interventions, among other things.

These recent guidelines do not seem as overtly problematic as others have been in the past (google Harry Benjamin if you want). They seem geared towards enabling good practice and educating clinicians, rather than holding trans people to strict criteria in order to access care. But it is always problematic to adopt guidelines like these which originate in North America, and try to apply it to a totally different context somewhere else. I am wary of universal truth/imperialist medical systems.

Working in mental health, where I support staff to improve the quality of care that people of diverse sexes, genders, and sexualities receive, I also think that these guidelines are more useful than most others that I’ve seen. This is a medically respected, mainstream document, endorsed/created by one of the pillars of white western medical institutions, and they are willing to acknowledge that:

It may seem like common sense, but this is actually more progressive than most guidelines/documents produced by medical associations about transgender/transsexual/etc people. For an international example there’s the World Professional Association of Transgender Health guidelines 2011, version 7 or for a local example there’s the Counties Manukau District Health Board Gender Reassignment Health Services for Trans People in New Zealand 2012. The former WPATH standards of care are very clinical and very North American, which makes them less useful here. Unfortunately the latter CMDHB Gender Reassignment document is out of date and unnecessarily pathologising. So neither of these guidelines are particularly helpful to health professionals or people seeking to transition in NZ.

But at least these guidelines encourage psychologists to examine their own beliefs and gaps in knowledge, and use words like privilege and cisgender without hesitation. They talk about minority stress, discrimination, institutional barriers. While colonisation is not specifically noted, and the role of the state not critically engaged with, there is more acknowledgement that racism exists, that there are different levels of vulnerability related to race/ethnicity and class status:

This is not exactly a clear critique of the state’s role in perpetuating inequality, but it is a more realistic picture than I have seen in other publications.

Similarly, these guidelines do not really critique the (white) norm of nuclear families but there is an acknowledgement that this is not the reality for many of us. As someone who is deeply invested in my own family structures despite the complete lack of legal protection or social recognition for my family relationships, I was heartened to see Guideline 13 about how “parenting and family formation can take a variety of forms” (26).

These guidelines are not perfect, but I do recommend them for a read if you’re working in health and are interested in providing services to trans/transgender/gender nonconforming people. 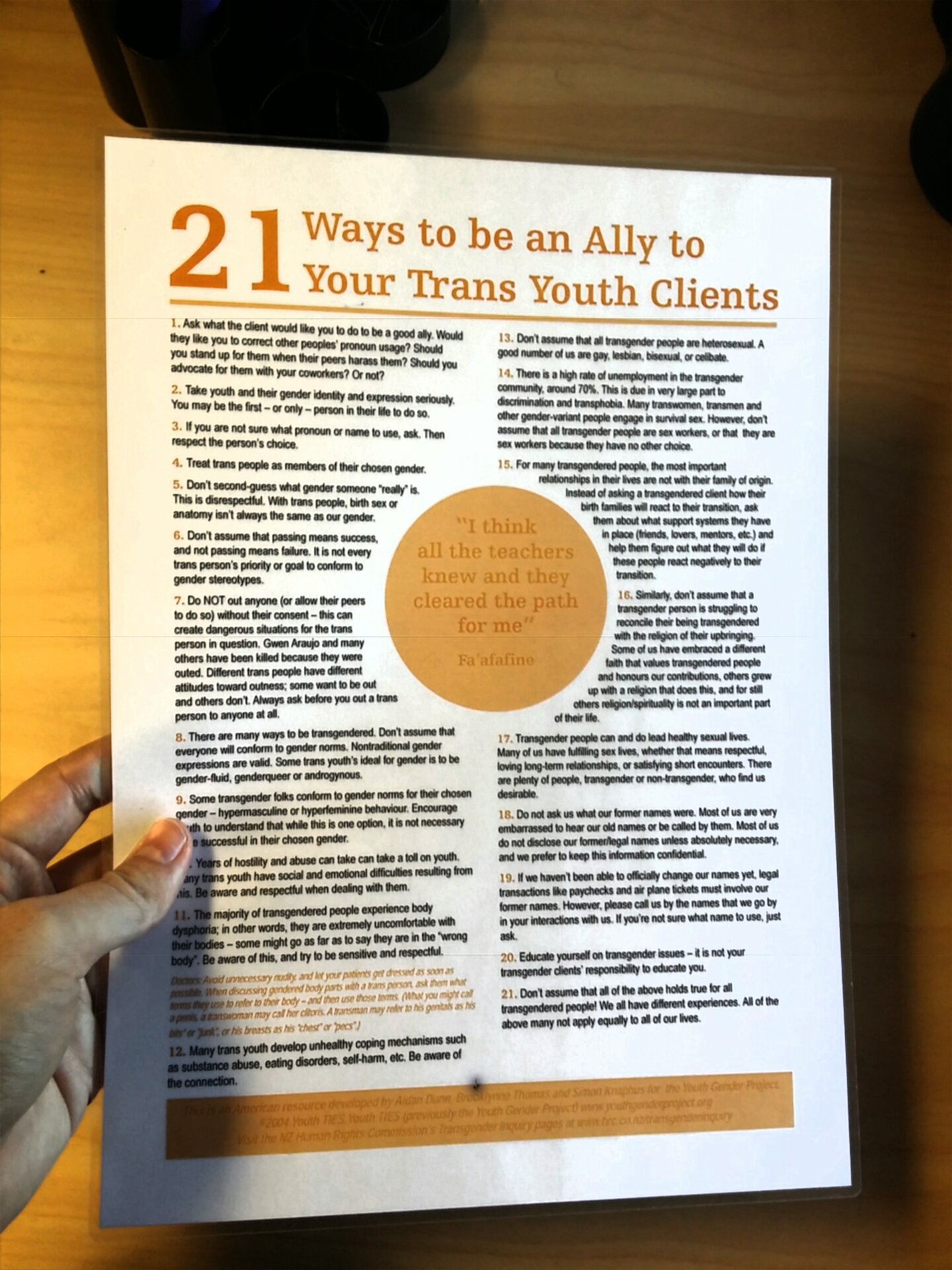 21 Ways to be an Ally to Your Trans Youth Clients This is a handy one page tip sheet with gems such as: […] 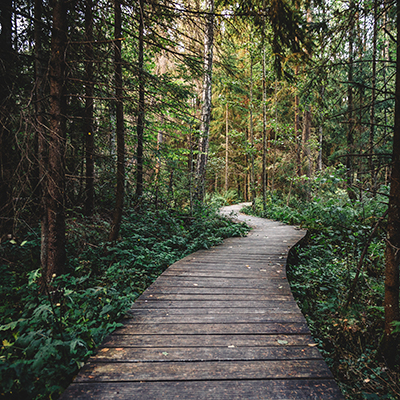 This is aimed at anyone working in primary care and contains very useful information about how to have conversations about gender transitioning, […]

Check out this excellent three minute video about what it’s like to be intersex. Created by Intersex Youth Advocacy Group: http://www.interactyouth.org 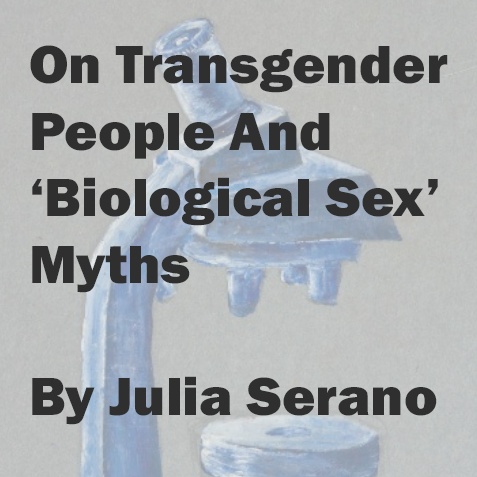 Julia Serano wrote an essay about the problematic aspects of separating sex from gender, when sex categories are viewed as being ‘purely […]